‘We struck lucky again because we had a great crew to work with. Passionate people who give it their all; who are both impassioned and eager. I see that a lot in our line of business’, says main character Koen De Bouw, who is working with director Erik Van Looy for the fifth time. ‘On the big screen our films have to compete with foreign, often American productions. We have to pull out all the stops, since we can only dream of getting their kind of resources. Yet we do compete. That’s quite a feat in its own right.’

The film is situated in the political arena, yet Erik Van Looy doesn’t think The PM should be labelled a ‘political’ thriller. Do you agree?
Koen De Bouw: ‘I do. At our first press conference it was soon clear what the tenor of the questions was going to be. How did you prepare for this part? Did you do any research on the subject of politics? Are you a political man yourself? Did you speak to the country’s PM or other politicians? In the case of The PM, the political backdrop is little more than a framework, within which the story takes place. The main thing is that it’s a story about people of flesh and blood. The main character is the country’s PM. He represents every man and woman in it. In a way, the PM is Elckerlyc, Everyman. We automatically relate to him and his predicament. That is the main reason why we can identify with him as a human being. Not as a politician, because that is not what this is about. We never even find out what political party he belongs to.’

You did go and talk to the country’s PM, didn’t you?
Koen De Bouw: ‘That’s right. We had a meal with Yves Leterme, because he was PM at the time. Why do I mention the meal? Because somewhere in the back of a Brussels restaurant everyday politics lose all importance. We were just a few people having a meal together We may think of ourselves as intelligent and grown up, yet we all look up to people in important positions, and by doing so we establish a huge distance ourselves. It’s like they’re cloaked in a veil, and we are star-struck. When we actually sit down with them, we see they are only human. You’re having a meal with Yves, not with Prime Minister Leterme. He didn’t put up any front at all. That’s what I took home with me that day. It was the only thing that mattered as I prepared for the part. He did, of course, tell us a few behind-the-scenes stories, which were particularly interesting for the screenwriters. I myself decided there and then that I would play the PM as Everyman. A man with a heart and a soul, who is not above being vulnerable. Because that’s what this is about: a vulnerable human being.’

According to Erik Van Looy this has been one of the most difficult parts in your career.
Koen De Bouw: ‘My character does suffer mortal fears, from beginning to end. Not just for himself, but also for his family. It’s an intensity you have to keep up from dawn till dusk, or whenever you happen to be shooting. And you have to dive back into it for every take. While shooting The PM, I occasionally noticed I was being disagreeable to the people on set, because the part was so intense. It was pure mental pressure. I told them not to take it personally. I’m quite gregarious on set, actually. But I do need to be able to concentrate, to focus. For me to be able to do what I do, I need to be able to let up. It’s the only way I can keep going. A muscle can’t be tense all the time. It would simply tear. I need to be able to pull pranks, before and after a scene. Sitcom stuff, I mean. I’m useless at telling jokes. Then, two, three seconds later, I can focus again.’

Do you take your characters home with you?
Koen De Bouw: ‘In a TV series like Professor T. I certainly do. The same goes for The PM, yes. You can’t just erase them on the drive home. They linger. You’re in some kind of mood or flow or whatever you want to call it. You enter the process and you can’t step out just like that, not until the last scene has been shot. It’s a trip, a high that provides you with everything you need: physical energy, imagination, mental strength. Give that up, and you’re back to square one. That’s why it’s sometimes better to stay in a hotel while shooting a film.’

Erik Van Looy likes rain scenes in his films. ‘Rain equals drama’, he says. It can’t be much fun for an actor, though.
Koen De Bouw: ‘I remember my closing scene in Loft: that fight on the roof somewhere along the River Scheldt, which took three nights to wrap up. It was April and the temperature was justabove freezing. There were rain machines on the sixth floor. The entire crew is wearing five coats and eighteen hats, so to speak. And you’re in a flimsy shirt and suit, in the icy rain. All night long. Until you literally can’t utter another word. I did say at one point, in as far as I was still capable of saying anything: ‘Erik, one last time and that’s it. (laughs). One thing all directors do have in common, is that they absolutely refuse to notice that you are tired, or in pain. They simply look past it. Until you point it out yourself. The same goes for director of photography Danny Elsen, with whom I’ve made several films. ‘Let’s go!’ is a sentence he utters all through the day. Danny and his camera crew are like the Duracell bunny – they keep on going. (laughs). Impassioned and eager. I see that a lot in our line of business, which is great. The PM had an excellent crew. Passionate people who give it their all. After thirty years in this job – I’m not a diva, I hasten to add – I have come to realize it’s also my responsibility to say stop at some point. The next day we have to be back, it’s as simple as that. And the next day too. Especially if you play a leading part and are expected on set every day, it’s your responsibility not to fall ill. Every hour on a set costs money, so you have to report for duty. I’ve been able to do that so far. The film you’re working on, that’s what matters. I myself come last. The film always comes first. ‘

In the film your character takes quite a few blows, both literally and figuratively.
Koen De Bouw: ‘You can say that again. I hate that. I even found myself occasionally saying: ‘Guys, this is not a ballet!’. A while ago I had neck problems. As a result I developed frozen shoulder and was unable to lift my arm, as good as. It took me a year and a half to sort that out. If a director expects a 51-year-old actor to do certain things several times in a row – fight scenes invariably demand several takes – and he wants him back on his feet immediately afterwards, he should reserve his slot a few years ahead (laughs). Because of that shoulder problem I barely had time to rehearse. I’m fine now. We also have to bear in mind that our PM is not an action hero. The original script contained a few scenes in which my character performs some James Bond-like moves. I’ll put it this way: I’m glad those scenes were cut (smiles). There’s plenty of action in the film. Transforming the PM into an out-and-out action hero, however, would have been impossible to rhyme with his vulnerability. It would also have made it less easy for the audience to identify with him.’

Shooting The Last Tycoon in Hollywood threw you in at the deep end as far as working with an American crew is concerned. Did you notice any marked differences?
Koen De Bouw: ‘Our own technical crews – and I’ve worked with lots – can easily hold their own. The speed at which we have caught up with technical know-how over the last twenty years is mind-boggling.On the big screen our films have to compete with foreign, often American productions. We have to pull out all the stops, since we can only dream of getting their kind of resources. Yet we do compete. That’s quite a feat in its own right. I mean it. American sets have lots more people on them. You have to assess the situation and find your place in it. There’s a certain pattern, a well-oiled one too. If on a hot day somebody holds a parasol over my head, that’s not for me as a person. Without that parasol I would perspire and as a result, for the camera, they’d have to keep patting my face dry. The minute you start thinking things happen especially for you, you have a problem (laughs).’

The first time you worked with Erik Van Looy was in 1991, on his short Yuppies.You are both 25 years older now and The PM is your third leading role in a film by Erik Van Looy. How come the two of you click?
Koen De Bouw: ‘I remember the Erik of those days as some sort of ‘action whisperer’. A very quiet, whispering young man. Three days into filming I asked the unit manager, I think, who that man on set was. He turned out to be the director (laughs). ‘The young whisperer of those days has come a long way. On set Erik still doesn’t go around shouting, but he has become… I was about to say ‘lippier’, although that word does not apply to him at all. He’s also much more confident, in a positive sense. Years of working with Erik have boosted my confidence in him. Scenes in his films don’t just appear out of the blue. Everything happens for a reason. Nothing is accidental. What struck me in his first major film, De Zaak Alzheimer (Memory of a Killer), was the way he casts his actors. That’s a fulltime job, in fact, but Erik does most of the casting himself. He has an eye for it, always has had. Erik is also incredibly down to earth. I can still see us on the first night of Loft, moving from one room to the next, feeling the enthusiam in each single one of them. Instead of enjoying the moment, Erik said to me: ‘We’ll never be able to top this. Damn.’. Loft was a massive success. Needless to say Erik was over the moon, and relieved. At the same time, however, he also worried (laughs). We have covered a lot of ground together, but we’re still not bored with each other. We’ve evolved together, seen each other grow. I can’t imagine things ever being any different. Quite a few directors have their fetish actors, with whom they keep that rapport all through their careers. That in itself is a beautiful, humane process.’ 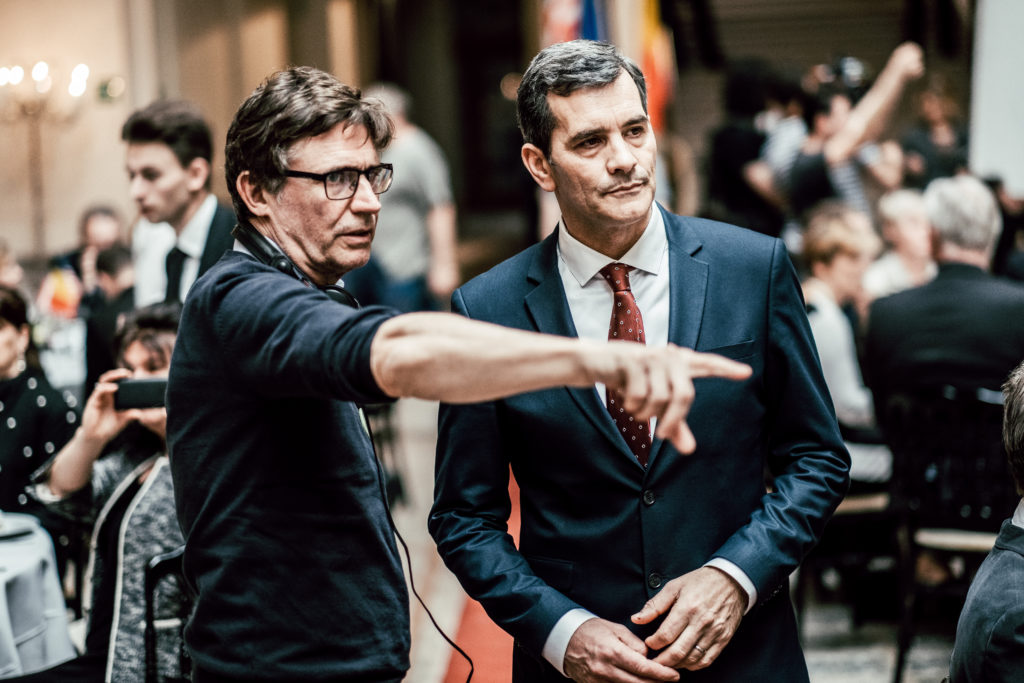 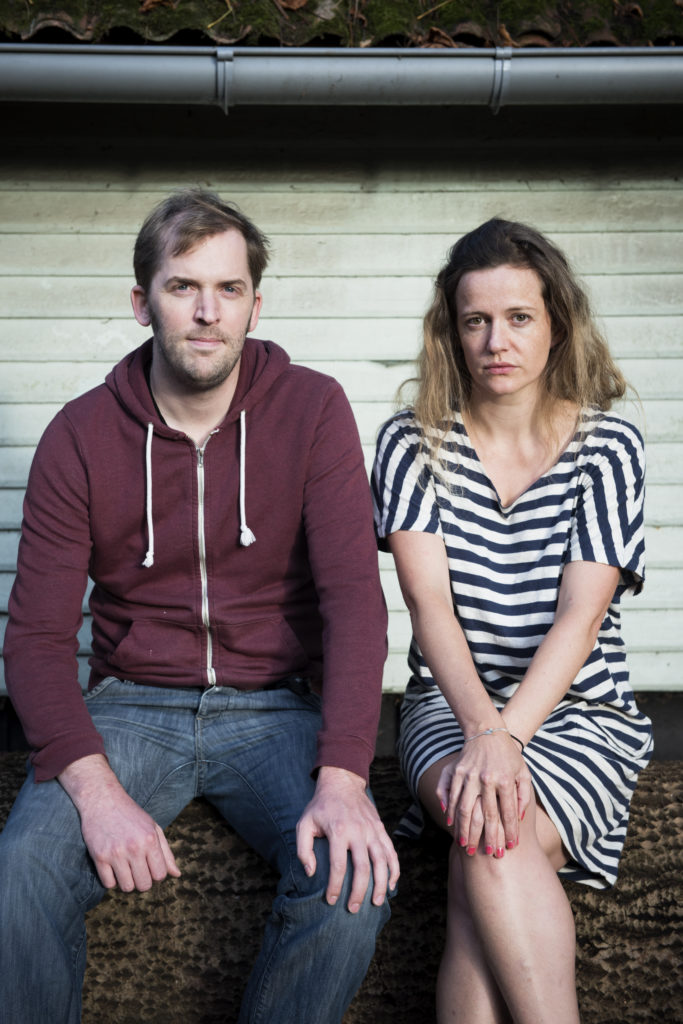 Interview with Jonas Geirnaert & Julie Mahieu: they ‘made’ The Day 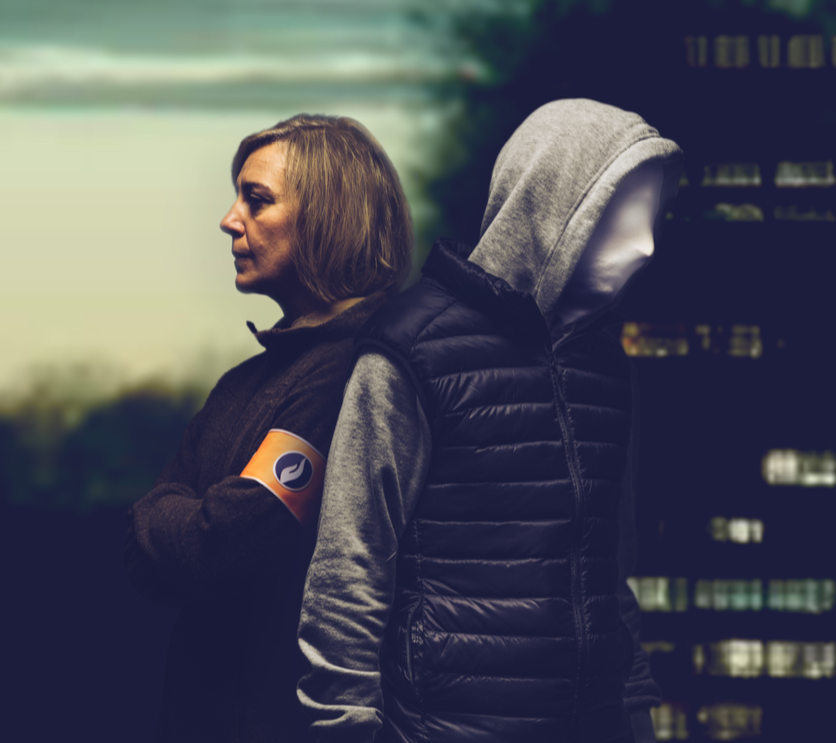 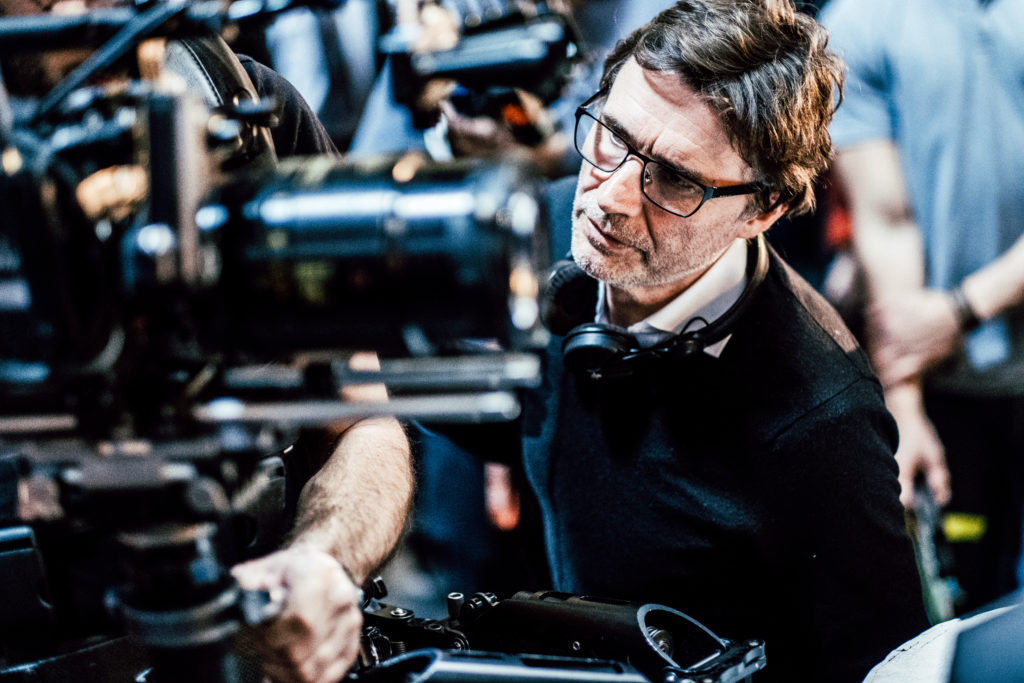 Interview with Erik Van Looy about The Prime Minister